Can I have an HSA and a QSEHRA at the same time? 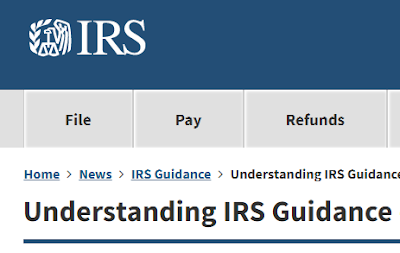 Yes, you can have an HSA and a QSEHRA at the same time but, what you really want to know is if you can make tax free contributions to a Health Savings Account (HSA) in the same tax year you were provided a QSEHRA. That is a bit more complicated, let's jump into it.


This article was prompted by IRS Notice 2017-67 which provided administrative and procedural guidance on the QSEHRA. The notice indicated a departure from the HRA compatibility requirements which call for a deductible on the HRA equal to the qualifying high deductible health plan (HDHP) deductible. According to the guidance, the QSEHRA is not permitted to impose a deductible therefore, may be disqualifying coverage for those provided the benefit by their employer. The determination comes down to what and whom is covered by the QSEHRA.

When we are talking about reimbursement plans, disqualifying coverage would be any plan which provides reimbursement for any benefit which is covered under the high deductible health plan except coverage for accidents, disability, dental care, vision care, or long-term care, and insurance premiums.

First, let's establish that the QSEHRA is not elected coverage. Section 9831(d)(2)(A)(ii) requires that the eligible employer provide, rather than offer, a QSEHRA on the same terms to all eligible employees. This means that if the benefit is provided by your employer and you are eligible you may not waive eligibility to circumvent the disqualifying coverage rules.

Here we are talking about the full QSEHRA, which provides for the reimbursement of all qualified medical expenses including health related insurance premiums. If your employer provides the QSEHRA participants may not make tax free contributions to an HSA when they are covered by the QSEHRA. The full QSEHRA is considered disqualifying coverage under section 223.

The extent of who is disqualified depends on the QSEHRA's coverage. Schedule A of your Summary Plan Description defines coverage, if eligible expenses does not include amounts paid for dependents expenses then the plan does not disqualify them from making tax free contributions to an HSA. Moreover, the HSA Special Contribution Rule for married spouses says if a spouse has non-HDHP coverage (such as a QSEHRA) that does not cover the other spouse, the uncovered spouse is HSA-eligible. The contribution limit is determined based on the HSA-eligible spouse’s coverage, without applying the special contribution rule. This means that the HSA-eligible spouse may contribute the full amount based on his or her HDHP coverage and no allocation is made to the ineligible spouse.

Here we are talking about the QSEHRA POP, which limits the reimbursement  to expenses for health related insurance premiums. If your employer provides the QSEHRA-POP participants may make tax free contributions to an HSA when they are covered by the QSEHRA-POP. The QSEHRA-POP is considered disregarded coverage under section 223.

Hopefully this is a helpful primer on the compatibility between HSA contribution and QSEHRA participation. If you have a question, feel free to leave it in the comments and we will respond as quickly as we can.

NOTE: HSA compatibility with the single participant HRA is different than the QSEHRA. Click here to answer the question, Can I have an HSA and HRA at the same time?

Popular posts from this blog

Unknown October 31, 2017
Three weeks ago,we told you about the executive order the President signed (in our blog post Executive Order Seeks to Expand Use of HRAs). The order asked the Departments of Treasury, HHS and Labor to explore how they could allow more businesses to use Health Reimbursement Arrangements (HRAs).
Today, the Internal Revenue Service (IRS) issued Notice 2017-67.
This notice provides long awaited guidance on the qualified small employer health reimbursement arrangement (QSEHRA). The QSEHRA plan is a great small business alternative group coverage. The plan was welcomed when it was signed into law in 2017 and, it overturned guidance previously issued by the Internal Revenue Service and the Department of Labor that stated that HRAs violated the ACA’s market reforms, subjecting small employers to a penalty for providing such arrangements. In this post, we will cover the notice in detail. What it means moving forward and its impact on existing plans. The NoticeToday’s 59-page notice uses the lang…
Post a Comment
Read more


Health reimbursement arrangements are all actually a version of a Self Insured Medical Reimbursement Plan, codified in 26 CFR 1.105-11. The different acronyms associated with the plans, HRA, HRP, MRP, MERP, HIRP, et al, are not exactly legal terms, even though you will find them in Treasury guidance, these are acronyms coined by administrators, brokers, insurance carriers and even the government to distinguish them from one another. They can have different plan structures and eligible expense exclusions depending on how the…
Post a Comment
Read more